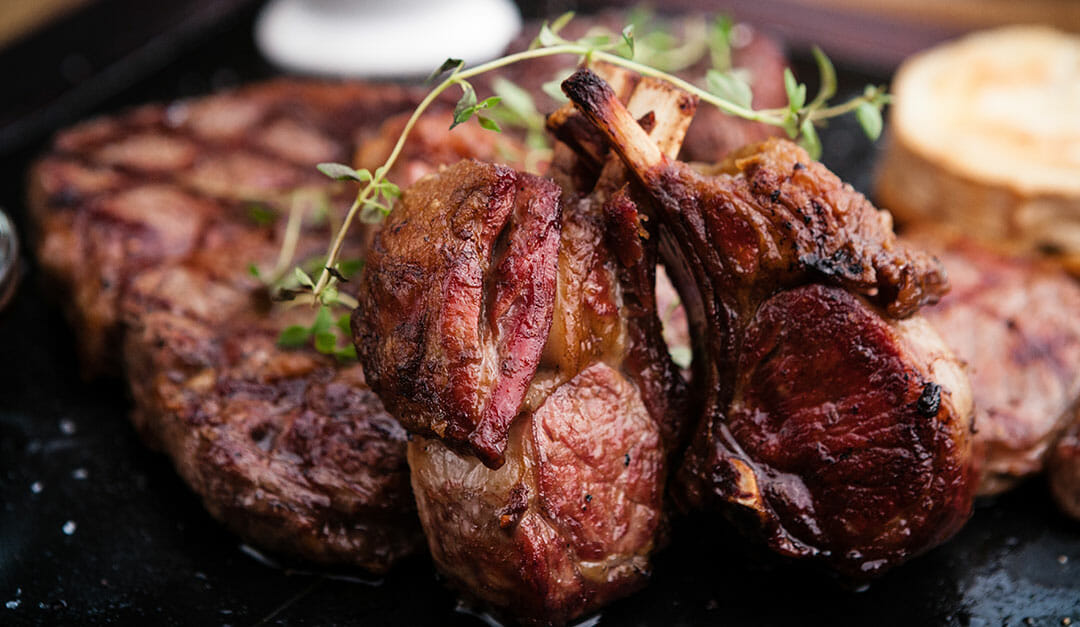 Christmas And Hanukkah Celebrations Around The World Feature Unique Dishes

All around the world, the winter holidays mean delicious seasonal specialties to enjoy. Especially across Eastern and Western Europe, as well as throughout North America, you’ll find unique, delicious treats and main dishes served up as part of a Christmas or Hanukkah tradition.

Here’s a primer on some of the most notable recipes from around the globe, along with a little history related to the dish.

No discussion of Christmas traditions would be complete without at least mentioning the setting of Charles Dickens’ A Christmas Carol. Standard fare for Brits (to go along with the traditional turkey) includes pigs in blankets (small sausages wrapped in bacon), brussel sprouts, and Yorkshire pudding.

Named for the northern county in England where it may have originated, Yorkshire pudding is a side dish rather than a dessert, as it is a light, crispy “batter pudding” made with meat drippings. In fact, it first appeared on plates as an appetizer sometime during the 1700s. Today, it’s a must-have at the English holiday meal.

Similar to a Christmas fruitcake—but in a good way—the German Christmas delight known as stollen has the same candied fruits and nuts, but is actually more of a bread. Sprinkled with powdered sugar, it’s certainly a sweet treat.

Interestingly, the Catholic church forbade the use of butter in stollen for years during the 1500s, as the bread was part of a limited fasting diet during the Advent season. Eventually, Pope Innocent VII allowed butter to be included in stolen—but only if a special tax was paid.

The Swedes go all out on their Christmas feast, with the julbord, which literally means Christmas table. The julbord is a buffet (dare we say, smorgasbord?) of traditional dishes typically served over three courses. The first two courses are cold, with pickled herring and salmon in the first and the second consisting of breads, salads, cheese, and the like. The third course is the hot meat-centered dishes, which include meatballs, pork ribs, and sausages. The actual recipes represent the family celebrating the meal together, with marriages bringing dishes in and divorces taking them out.

Another relative of the fruitcake—again, in a good way—is the Italian panettone, which has the candied fruit and nuts, but also chocolate and raisins. In a tradition dating back to the Middle Ages, at Christmastime panettone replaces the more mundane regular bread. There are many stories of its origin, but we likely will never know the beginnings of this sweet, light bread.

Many Hispanic and Latino cultures have special Christmas dishes, and Puerto Rico is no exception. Traditional dinners revolve around lechón asado (a whole roast suckling pig), and include an eggnog-like concoction made with coconut milk, condensed milk, and rum. Large meals are part of family Christmas festivities on the island that begin in early December and can go into January.

Hanukkah is celebrated by Jews around the globe each December, and for most participants that means latkes (potato pancakes). Today’s traditional latkes are based on recipes dating back to the 1800s, but latkes actually originated in the Middle Ages—and were made with ricotta cheese instead of potatoes.

We like to keep it simple with this chef-approved beef tenderloin recipe.

Pat the tenderloin dry with paper towels and brush it all over (top and bottom) with the butter. Season the beef with salt and pepper on all sides.

Place the tenderloin on a sheet pan and roast it for about an hour or until an instant-read thermometer inserted into the thickest part of the roast is 130 degrees for medium rare.

Remove it from the oven and allow it to rest 20-30 minutes.

Meanwhile, for the sauce, whisk together the mayonnaise, sour cream, mustards, horseradish, and 1/4 teaspoon salt in a small bowl. Refrigerate until ready to serve.

Remove the strings and slice the filet between 1/4 and 1/2 inch thick. Place the slices on a platter and season the middle of the steaks with salt and pepper.

Wherever you’ll be this holiday season, The Pickled Beet sends warm wishes and hopes you’ll be enjoying good food.

The Pickled Beet works with individuals, couples, and families to find meals that are flavorful, healthy, and best fuel the body no matter what nutritional requirements might be part of the equation. Contact us for a free consultation.

Notice: This site uses cookies to ensure that we give you the best experience on our website. By continuing to use this site you agree to allow the use of those cookies for this purpose.Ok